Beneath the city, two hearts beat...

He never knew her name. He knew only that he loved her.
They met on the dance floor that first night and for the rest of that one long summer, each Saturday night they danced.

She was not young or very pretty.
He was young, and slim and handsome in a way that was somewhat disturbing.

He saw her first. And she noticed him noticing.
It was her eyes that attracted him.

They approached each other and made contact before their hands met.
It was deep and soulful.
They never spoke or heard the music from the room.

He could feel her sadness. She felt his shy youthfulness.
And they met to dance, time and again.

For those twelve quiet nights, they made love on the dance floor.

They became more intimate than known lovers often are.

And when the breezes came and the light changed,
they left the dance hall and never returned.
at 3:45 PM 1 comment:
Email ThisBlogThis!Share to TwitterShare to FacebookShare to Pinterest

tiny slice of my life: dogs and boys...

8am
boy rises. is dressed and given grapes, watermelon and oatmeal.
squashes grapes and watermelon next to my bed.
i clean.
boy dips truck in oatmeal.
i clean.

830am
i take dog and boy outside.
boy steps in poo. smears on hem of pants.
i clean shoe. i change his pants.

930am
boy sticks the feet of woody and bullseye in oatmeal i failed to remove earlier.
dances them all over table.
comes to me with messy toys and insists i clean.
i clean.

1010am
i swear.
nearly cry in frustration.

1110am
cannot wait to go to work where there is no poo or oatmeal.
at 11:09 AM 3 comments:
Email ThisBlogThis!Share to TwitterShare to FacebookShare to Pinterest

In Which Jane Makes a Decision...


You can see the first part of this story here and the second part here...

After Jane left Skinny Pete at the sleazy motel, she went home to her abusive father and did the unthinkable. She stole three grand in cash from his stash in the garage, went out for coffee and cigarettes and never returned.

Jane had been in a bad way for quite some time. Jammed up on speed, her health in jeopardy and not a friend in the world, she knew she had to make a change. Home life was dangerous at best and she knew her days were numbered if she stayed. If she did nothing, she had two options. Her father could beat her to death or she could kill herself with drugs, on purpose or accidentally. Neither particularly suited her.

With nothing but her over sized handbag, the ragged, dirty clothes on her back and no plan other than to get away, Jane hit the street. Her father was used to her being away for extended periods, so he wouldn’t miss her for a couple days. She had the cash and a few things in her bag. She had very little speed and no inclination to get more.  She decided on the Amtrak and made her way there.

At the station, Jane counted the cash. She knew she needed privacy on the trip but didn’t want to attract attention.  She knew she would be sick and would need to sleep. She bought a train ticket to a destination thousands of miles from home. She spent a good amount of money for private sleeping accommodations.

She looked like a drug addict; she was unkempt, smelly and scabby.  She bought the ticket, but the train wouldn’t leave for two hours. Ansty, she hit the consignment shop for some clean clothes and a small suitcase. At the druggist, she bought soap and shampoo, mouthwash and deodorant, some acetaminophen and that stuff you give to kids when they vomit or have diarrhea. She had no idea if the pedia-shit would do her any good, but guessed it was worth a shot. Walking the three blocks to the Y, she wondered if she really could make this all work. Deciding she really didn’t have much choice, she paid a few bucks for a day pass and hit the showers.


Sitting in the locker room at the Y, showered and dressed in her clothes from the consignment shop, Jane made a decision. She threw the ragged clothes in the trash, walked to the sinks and rummaged through her bag. Finding her hairbrush and an elastic, she worked through the tangles in her hair and put it up in a knot at the top of her head. She rinsed her mouth, popped a couple Tylenol, applied deodorant and went to the secret pocket in her bag. Taking out the little paper packet, she paused. Looking in the mirror, seeing the damage she had done to herself, she turned on the water, opened the little packet and let the white powder slide off the paper, mix with the water and go down the drain. She let water run over the paper for a moment. Crumpling it, she took a good look in the mirror. This is your last chance, she thought. Make it a good one.

at 11:21 AM 2 comments:
Email ThisBlogThis!Share to TwitterShare to FacebookShare to Pinterest

Something from the archives...

I wrote this awhile back.
Give it a whirl and let me know what you think. 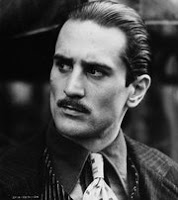 at 10:56 PM No comments:
Email ThisBlogThis!Share to TwitterShare to FacebookShare to Pinterest

One sky, many watchers...

Fly on over to Skywatch to see more stunning views...
at 3:31 PM 13 comments:
Email ThisBlogThis!Share to TwitterShare to FacebookShare to Pinterest
Older Posts Home
Subscribe to: Posts (Atom)