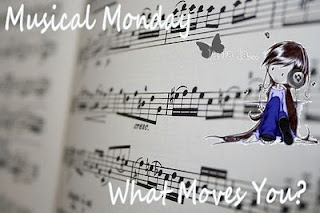 What gets you moving on Monday? Or any other day for that matter? Amanda over at Bloggin' with Amanda hosts this meme. Dance on over there and check out her musica and that of all the other players!
Today I chose the studio version of  "The Song Remains the Same", from the album Houses of the Holy. It was released in 1973 when I was 11 years old. I had three older brothers and an older sister, so I was exposed to lots of stuff I probably shouldn't have been. But Led Zepplin was not one of them.
One time, my brother Bruce and his friend Dave, took me out for the day. They sat me on a milk crate between the seats in the van. I'm pretty sure they played Houses of the Holy on an 8-track.
At excessively high  decibels. I was sold at once.
Thank you Bruce and Dave...
at 9:17 PM
Email ThisBlogThis!Share to TwitterShare to FacebookShare to Pinterest