After Bob made the announcement, there were a few Ella sightings. 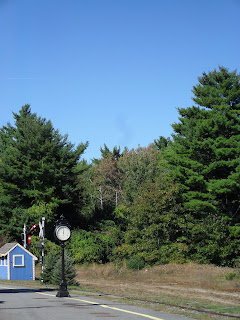 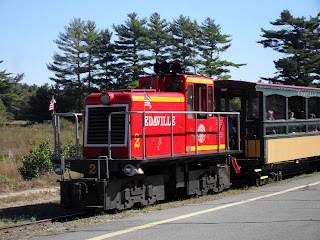 As the train arrived in the station, I tried to be calm as I searched the cars for her. Mr Heath, the engineer hopped down and marched over to me. "I hear you've misplaced an elephant. Well, I found her!" 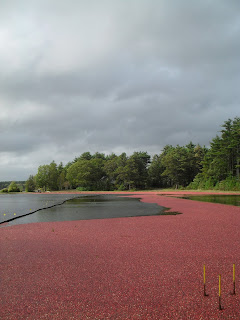 Mr Heath was very angry.
"That elephant pulled the emergency stop!
She made me let her off  by Three Acre Bog so she
could ride the picking machine!
"You get out there NOW! CONTROL THAT ELEPHANT!"
he bellowed in his loud voice.
Needless to say, I ran! 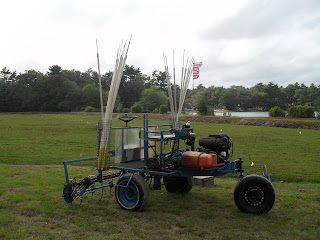 When I got out to Three Acre Bog, the machine was parked and all the pickers had gone for lunch.
Ella was nowhere to be seen...
to be continued...
at 1:53 AM
Email ThisBlogThis!Share to TwitterShare to FacebookShare to Pinterest