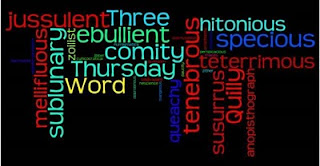 Cato the welder was born into a farming family. As a teen, his grandfather taught him to weld and Cato took this as his profession. Each morning Cato drove to job sites in his ancient pick-up truck. In the truck, he kept a portable welder and some torches. He was a travelling welder, going were the work was.

This morning, Cato noticed an old man stopped next to the road. He pulled off and walked over to the old man. The man had a horse drawn cart, full of scrap metal. The man seemed to be cussing to himself. Cato did not recognise the man's language. The team of two were skittish and unsettled.

"Delenda est Carthago!" the old man muttered. Cato tried to calm him with a soothing voice, but the man only repeated the words. The team snorted and stepped anxiously in their places, straining against their harness. Cato took a walk around the cart and the horses, to see if he could help. He noticed the load on the cart had shifted, a large piece of steel had come through the boards of the cart and wedged itself between the frame of the cart and the axle.

Cato told the old man about his grandfather, and as he talked he tried to free the steel pole. "You know, my Pap was a great guy. He read a lot . And not just seed catalogs." As Cato talked, the horses calmed a bit. "Pap knew lots of words I never heared before, and he had a word for this, imbroglio. I don't know where he learned it, but long story short, it means you're in a sticky situation." Cato walked forward to the horses and asked them to back up. He thought he might be able to get some pressure off the pole, or make a little room to move it. He had no luck.

"You know old man, my Pap farmed his whole life. Lived and died on the farm, and I learned more from that old man than from anyone else, then or since." Cato walked back to his truck and dug around on the front seat for a minute. Coming up with an apple and a bag of Skittles, he walked over to the horses and fed them.

Cato pulled his pick-up alongside the cart and motioned to the old man to unhitch the team and lead them a short distance away. The old man was visibly concerned.He wrung his hands and tears fell. Cato fired up his torch and set to work, freeing the obstruction. Once done, Cato redistributed the load of scrap and helped the old man hitch up the team.

"Old man," Cato began, "You keep it under the speed limit, you hear? No need for you to drive this team tantivy." The old man shuffled his feet, looking confused. "That's another one of Pap's fancy words, old man, long story short, it means...well, never you mind what it means. Just take it slow!"
at 1:15 AM
Email ThisBlogThis!Share to TwitterShare to FacebookShare to Pinterest